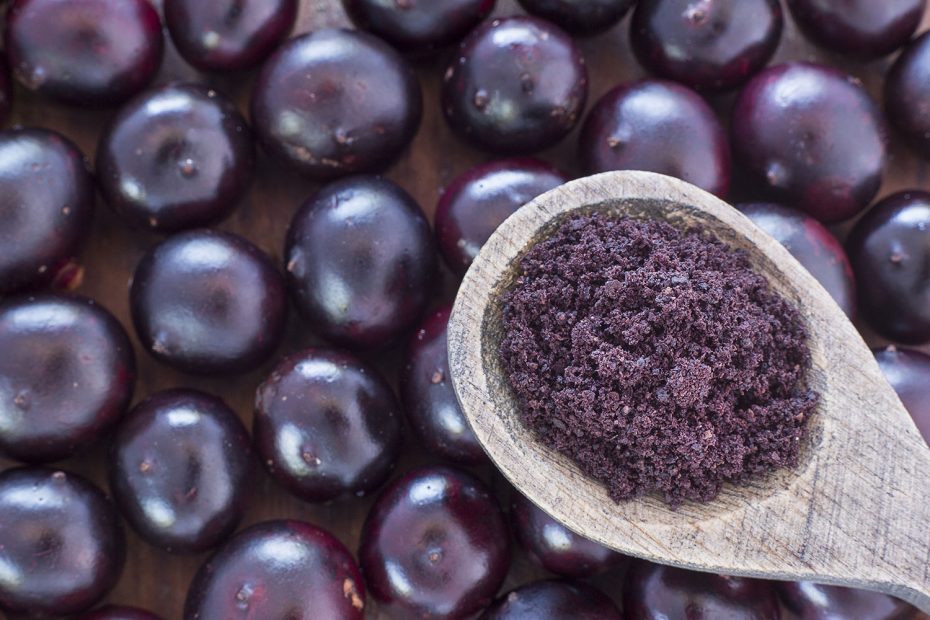 You love daytime dining.  You love cafés – and café culture.  But you’ve been busy for a few years with work and family, so you haven’t been going out as much.

Now you’re back, but something’s changed.  The good old café regulars have been replaced by an unpronounceable menu item, a weird purple purée called ‘açaí’.

So you’re wondering: what exactly is açaí, why do people eat it, and, most importantly, how do you say it?

This article contains the answer to every question you’ve got.  By the time you finish reading, you’ll probably know more about açaí than anyone else in your circle, and you’ll know exactly what to do next time you see A-C-A-I printed on a café menu.

Let’s get into it.

How Do You Pronounce Açaí?

‘Açaí’ is, understandably, a bit of a challenge for native English speakers.  So, if you’re wondering how to pronounce it, here’s the breakdown: ah-sah-EE.

And here’s an Aussie pronouncing it:

According to Merriam Webster, the word ‘açaí’ comes from Brazilian Portuguese ‘assaí’, which comes from the Tupi word ‘ɨβasaí’, referring to a type of plant or fruit.

What Is the Açaí Tree?

When most people talk about açaí, they’re referring to the açaí berry.  Like most fruit, though, açaí berries come from a tree, so that’s where we’re going to start.

The açaí palm (Euterpe oleracea) is a large palm tree native to the swamps, floodplains (varzea) and terra-firme forests of the Amazon.  It looks similar to a regular palm tree, with shoots growing up to 25 metres tall and fronds that can reach up to three metres in length.  Its fruit grows in large clusters (panicles) towards the top of the tree.

For centuries, peoples native to the Amazonia region have been using açaí palms for food (you can eat both the fruit and palm heart) and for manufacturing.  Today, though, açaí’s global popularity is purely as a result of its fruit – most exported açaí comes from the Brazilian state of Pará.  It’s so popular that over 70% of Pará’s total agricultural food produce is açaí.

Açaí palms like warm, partly shaded environments with moist soil, so, if you’re thinking about growing your own açaí, south-east Queensland is a pretty great place to do it.  The palms are even self-pollinating, which means you only need one to get started on your açaí-producing journey, but, first, you’ll have to choose between the white and purple varieties.

That’s right – purple açaí might have ingrained itself into the global health consciousness, but its less popular cousin, white or tinga açaí, is still grown widely in Brazil.

What Are Açaí Berries?

They might be a so-called superfood that kicked off a worldwide trend, but it’s highly unusual to see whole açaí berries in the flesh.  Instead, açaí is normally exported as frozen pulp or freeze-dried powder from Brazil.

Why?  Well, in part, it’s to do with the sheer size of an açaí berry seed (known as an ‘endocarp’), which comprises roughly 87% of the whole fruit.  Each berry is just 1.5–2.0 centimetres in diameter, which means you need a lot of fruit to produce a single açaí bowl; it’s more efficient to process produce at the point of production rather than ship it and process it elsewhere.

Most importantly, though, research has shown that açaí loses significant nutrients and antioxidants if it isn’t processed and frozen within 24 hours of harvesting.  That’s why it’s rare to find whole açaí berries outside of Brazil – they’ve lost so much nutritional value that it’s hard to justify the expense of shipping them.

Berries grow in bunches known as ‘panicles’ that hang from the top of açaí palms.  Each açaí berry is spherical and glossy, changing from light purple to almost black as they ripen and weighing a few grams each.

What Kind of Nutrients Do Açaí Berries Have?

Açaí berries made their way into the mainstream health scene circa 2008, when various celebrity endorsements and sensationalist claims shoved them to the forefront of the public consciousness.

Supplements proclaiming açaí as an age-defying superfood quickly took over store shelves and advertising slots – until people started to realise that most of the claims were exaggerated or just plain untrue.

Today, after years of scientific study, we have a much more informed idea of how nutritious açaí actually is.  So, without further ado, let’s take a look at exactly what’s in these popular purple berries.  For all you diet experts out there, we’ll be examining the nutritional content per 100 grams of freeze-dried açaí pulp and skin, not frozen açaí pulp, which is what’s normally used to make açaí in cafés.

All values have been obtained from this peer-reviewed article.

As a fruit, açaí is very carb-dense, containing roughly 44.2 grams of dietary fibre.  It’s also very low in sugar, with just 1.3 grams per 100 grams of pulp.

Of the monounsaturated fatty acids, oleic acid is the most prevalent (comprising 92.7%); oleic acid is often associated with reducing cholesterol and the risk of heart disease.

The bottom line: açaí’s high fat content is mostly made up of ‘good’ fats that have been broadly associated with better heart health.

Although açaí does contain vitamin C (less than 0.1 milligrams), this fruit’s main vitamin is actually vitamin A, of which it contains 1,002 IU per 100 grams.  For context, that’s about a third of the recommended daily intake for an adult male.  Vitamin A is essential for healthy vision, skin, and cell differentiation.

The level of antioxidants in food is measured using oxygen radical antioxidant capacity (ORAC), which is expressed in Trolox equivalent per gram (µmol TE/g).

Research has found that freeze-dried açaí clocks in at about 410.80 µmol TE/g.  For comparison, cranberries and blueberries – two fruits considered extremely high in antioxidants – have ORAC scores of 94.56 µmol TE/g and 62.20 µmol TE/g respectively.

Most of these antioxidants are phytochemicals (plant compounds), including anthocyanins, proanthocyanidins, and other flavonoids like homoorientin, orientin, isovitexin, scoparin, and taxifolin deoxyhexose.

It’s clear that açaí has an exceptional antioxidant content, which is why it was so widely touted as a superfood.  Of course, these values relate to pure açaí pulp and skin – açaí bowls and juices are normally heavily processed or diluted with other additives, and may contain much lower levels of antioxidants.

Can You Eat Açaí?

If you’re still not sure whether you can actually eat açaí, we’ve got good news: you definitely can.

In the Amazon, açaí berries are often soaked to soften their tough skin, before being mashed into a paste that can be mixed with water or with other vegetables like manioc.

Outside of Brazil, açaí is normally sold as a freeze-dried pulp, spray-dried powder, or as a frozen pulp.  From those base products, a variety of edible goods – including juices, powders, capsules, and, of course, açaí bowls – are created.

Most açaí served in Western countries is sweetened with sugar, stevia, fruit pulp, or fruit juice; plain açaí has a slightly tart, earthy taste that many people don’t find appealing.  If you do find somewhere that serves unsweetened açaí, though, we definitely recommend giving it a go – it’s certainly an experience!

Does Açaí Have Health Benefits?

There are two primary types of medical practice that associate açaí with health benefits:

Although açaí definitely isn’t the panacea it was dubbed by so-called ‘medical experts’, it’s still an extremely potent fruit with plenty of real, verified health benefits.

You’ve made it to the end of this article – well done!  By now, you know more about açaí than, well, pretty much any of your friends, family or colleagues.  You know that:

The next step in your journey of açaí discovery is to go out and devour an açaí bowl in a café setting.  Seriously, it’s worth it – just make sure you get one with good granola.  Happy hunting!